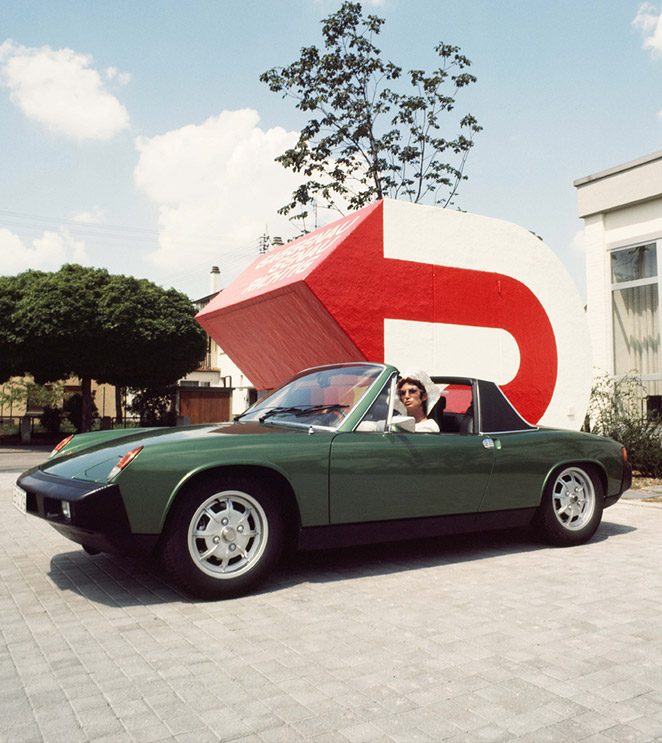 An eye-catching original turns 50: with the 914, Porsche was the first German manufacturer to bring to market a production mid-engined sports car in 1969. To celebrate this anniversary, the Porsche Museum has invited all fans of the two-seater to the “Typically Porsche Day” on Sunday, June 2, at the start of the special show “50 Years of the 914 – Typically Porsche”. Over 120 owners of private 914 models, including from the club scene, will be in attendance.

As well as a range of promotions, visitors to the “Typically Porsche Day” will also be able to enjoy expert panels on the 914. For example, former development and race engineer Roland Kussmaul, former chassis developer and race driver Hans Clausecker, as well as engineer and race driver Günter Steckkönig together with author Jürgen Lewandowski will look back at the genesis and legendary moments of the Porsche 914. Anthony Hatter, Head of Design Quality Style Porsche, together with former Porsche development engineer Jürgen Kapfer and product developer for race cars Hermann-Josef Steinmetz, will explore the question of the roots and above all the future of the mid-engined concept at Porsche and investigate why the mid-engined configuration, design, technology and lifestyle are typically Porsche today. Entry to the “Typically Porsche Day” on Sunday, June 2, is free.

The twelve spectacular exhibits featured in the special show will cover the breadth of the 914 and the creations it inspired. They will include the 914/4 and 914/6 production models with VW four-cylinder engine and Porsche six-cylinder engine respectively. Also on display will be the first 914 ever built and one of the two Porsche prototypes with eight-cylinder racing engine. Another exhibit will be the 914/6 GT. It was made available to the ONS (Obersten Nationalen Sportbehörde (Supreme National Sports Authority) in 1972 as the first safety car in the world – equipped with new safety systems and a modern fire extinguishing system. Also appearing will be a privately-owned reconstruction project with a 350 PS V8 engine from a 928 GTS as well as a 916. The VW Porsche also inspired the renowned car designer Albrecht Graf von Goertz and the French coachbuilder Heuliez to design their own 914 sports car creations, which will also be on display. The special show will run in the Porsche Museum until July 7.