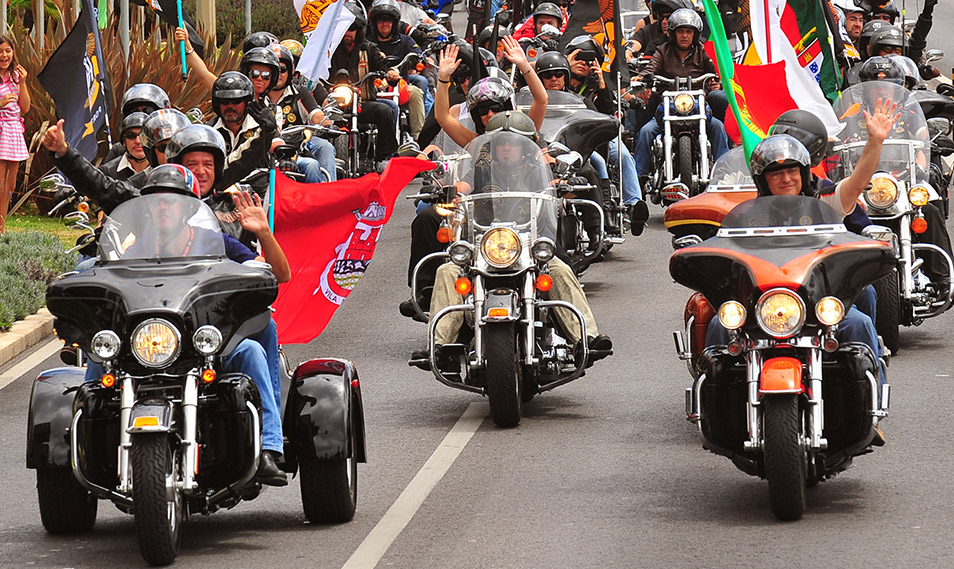 Rally returns to Cascais, Portugal. More than 50,000 Harley-Davidson® fans and almost as many bikes expected

Harley-Davidson® is delighted to announce that its annual European H.O.G. (Harley Owners Group®) Rally will take place in Cascais, Portugal from June 13-16, 2019. The event, now in its 28thyear, moves to different locations each year and, following a spectacular party in Prague to celebrate the company’s 115thAnniversary – and the 35thanniversary of H.O.G. – in July 2018, the move to Cascais is eagerly anticipated by riders from all over Europe.

Situated just 30km west of Lisbon, Cascais is a picture-perfect coastal town. Surrounded by rolling hills and beautiful countryside, the town itself is a maze of cobbled streets that lead you down to its harbour and beachfront. The annual European H.O.G. Rally was last held in Cascais in 2012 and was a resounding success – with initial feedback for its return in 2019 being very positive; hotels are already in high demand.

Beyond the event site, Cascais is packed with restaurants and bars, and many boutique and budget hotels line the periphery with short walking distances to the heart of the action.

Its proximity to Lisbon is a huge bonus too, with its winding streets, cafe culture and grand architecture. Or take to the roads north of Cascais and you’ll ride through rugged landscapes, discovering rocky coves, white sandy beaches, lost Roman ruins and timeless villages as you go. Perfect riding roads and beautiful scenery – and riders will be able to take advantage of specially organised local guided tours to help them make the most of it.

The 28thannual European H.O.G. Rally in Cascais will feature lots to see and do, including live music, all the latest 2019 Harley-Davidson motorcycles to check out – and ride at the Demo Area – plus the exclusive Custom Bike Show, the legendary Harley-Davidson Parade, shopping zones and much more.

Bev English, Harley-Davidson International Event Lead:“I am delighted to announce that we’re heading to Cascais for 2019’s annual European H.O.G. Rally. People were overwhelmed by the welcome we received in 2012, and the local team there are promising an even bigger welcome in 2019. We’ll be announcing the full line-up of activities and music soon, so be sure to follow the Harley-Davidson EMEA Events website (link below) to stay up to date.”