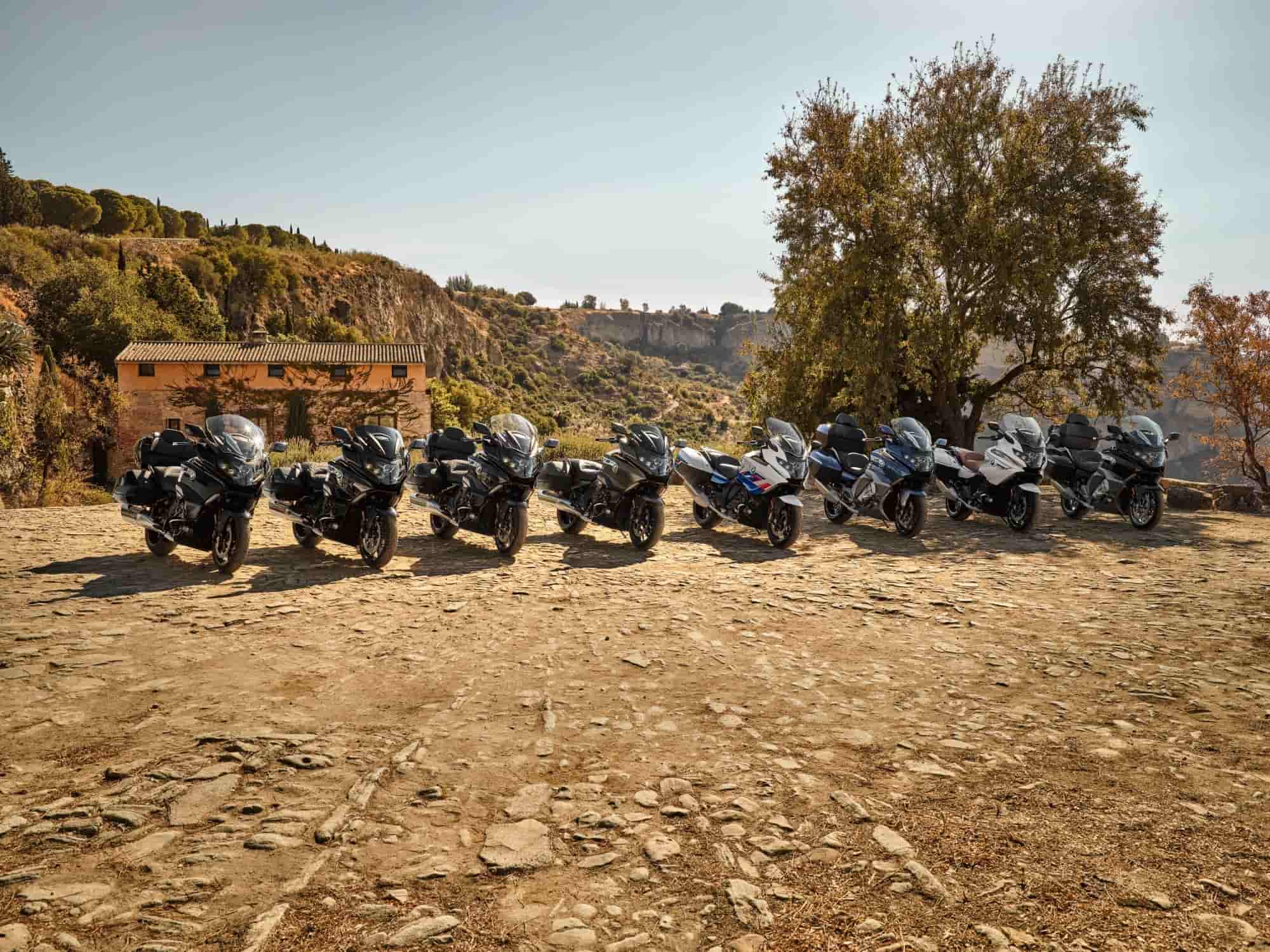 The new K 1600 models: Six-cylinder fascination for dynamic and luxurious riding, touring and cruising.
Six-cylinder in-line engines have always belonged to the showcase drives at BMW. Since 2010, BMW Motorrad offers fascinating high-performance and luxurious six-cylinder equipment at the highest level with the K 1600 models. The K 1600 GT represents the particularly agile, dynamic variant of the six-cylinder design, while the K 1600 GTL with its more comfortable ergonomics and standard topcase is more for pleasurable riding.

The K 1600 B is of a completely different breed. It provides characteristic “streamlining” with a low rear section in bagger style. Its motto is “The Spirit of the Open Road”. It represents elegance, power and luxury on two wheels and allows the rider to experience every road, every tour and every moment particularly intensively. Derived from the K 1600 B, the K 1600 Grand America finally combines the superior performance of the six-cylinder in-line engine with exclusive equipment features that make long-distance rides in American highway cruising style an experience that is as comfortable as it is fascinating, both alone or with a partner.

Revised six-cylinder in-line engine according to EU-5 regulations with new engine control, knock sensor system and revised emission concept as well as engine drag torque control.
For use in the new K 1600 GT, GTL, B and Grand America, the inspiring six-cylinder engine has been adapted to the current EU-5 regulations. From a technical point of view, the use of the BMS-O engine control, two knock sensors and two additional broadband lambda probes form the centrepiece. In addition to drastically improved emission values, there are also noticeable benefits relating to the power and torque of the six-cylinder engine. The nominal capacity is still 118 kW (160 hp). However, it is now already achieved at a rotational speed of 6 750 rpm and thus 1 000 rpm sooner than was formerly the case. In addition, the technical new features provide an increase of the maximum torque from previously 175 Nm to now 180 Nm at a rotational speed of still 5 250 rpm. Even more superior pulling power and even more powerful acceleration are the noticeable positive effects for the rider.

The engine drag torque control (MSR) is another new component. With it, unstable riding conditions, which can develop in coasting mode or when shifting down gears due to excessive slip at the rear wheel, can be reliably avoided.

Dynamic ESA “Next Generation” electronic suspension with fully automatic load compensation.
The BMW Motorrad Dynamic ESA “Next Generation” (Electronic Suspension Adjustment) on the new K 1600 GT, GTL, B and Grand America enables even higher dimensions in terms of riding safety, performance and comfort, because damping is automatically adapted to the riding conditions and manoeuvres, and there is also automatic riding position compensation in all load states.

Highly modern LED light units and new full LED adaptive headlight.
BMW Motorrad has been a pioneer for decades in terms of safety when biking. Accordingly, the new K 1600 GT, GTL, B and Grand America already provide highly modern LED light units as standard. The new full LED headlight with LED lens technology and iconic daytime riding light (depending on the market) illuminates the road with an unrivalled bright, clear light and underlines the prestige claim of the new six-cylinder models. Another standard component of the headlight is the swivelling “adaptive headlight” function. With it, the low-beam LED headlight is turned into the curve according to the heel angle. Curves are thus almost fully illuminated because the light is where the motorbike is moving.

In addition, by swivelling the entire headlight unit (±2°), the vehicle dynamic states (braking, accelerating) are automatically controlled and optimum illumination is ensured at all times. In addition, there are a number of new light functions such as the “welcome light”.

Superior riding capability and six-cylinder dynamics in attractive basic colours, exclusive style and noble Option 719 variants. Option 719 “Midnight” with water transfer printing method for K 1600 B and K 1600 Grand America.
The new K 1600 GT, GTL, B and Grand America are available in three attractive colour options each: a basic variant, a style variant and Option 719. Option 719 “Midnight” is particularly noteworthy, which is only available for K 1600 B and K 1600 Grand America. The highlight of this equipment variant is the paintwork in Meteoric Dust II metallic with the “Galaxy” theme depicted using the water transfer printing method.